How a single photo turned a dying town’s fortunes around

Here’s a heartwarming – and revenue-raising – story for all those tourism and retail businesses that are doing it tough, and desperately looking for ways to boost cash flow.

As many as 1,000 Chinese tourists a day are descending on the remote Mallee town of Sea Lake in north-west Victoria. They’re not enticed by the town’s services – there aren’t many – but are instead drawn to Lake Tyrrell, a salt lake that has captivated people from China, as well as Singapore and Vietnam and even Canada.

The tourists travel for hours, and in some cases days, to capture a photo at ‘mirror lake’. This totally unexpected attention has totally transformed Sea Lake, one of many regional towns ravaged by drought and the seemingly inevitable drain of youngsters to the big smoke.

Even nearby towns have benefited as the tourist influx leaves a shortage of accommodation. And Chinese tourists are now following the art trails of mural-painted silos in townships throughout the grain-farming region.

It was just a few years ago that Sea Lake faced a very different future. Many local businesses, along with small-town staples such as banks and government services, had shut down and left town. A lot of locals went with them.

One photo on social media changed everything. 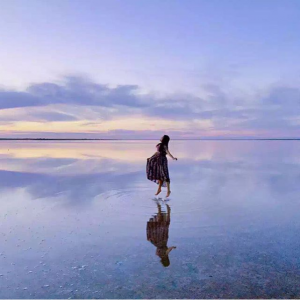 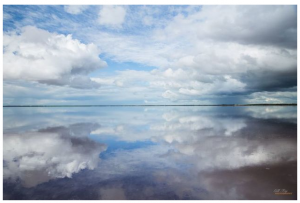 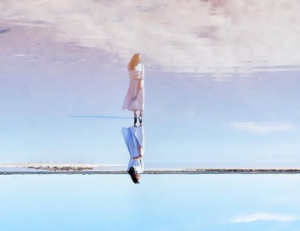 In a desperate attempt to keep the town alive, local Julie Pringle sent a photo of a couple silhouetted against mirror lake to an agent in Sydney who specialises in attracting Chinese tourists to Australia. The photo was uploaded to WeChat, China’s massive social media platform, and went viral overnight. Chinese tourists started arriving within three days, and haven’t stopped.

Lake Tyrrel became the hottest Chinese tourist destination in Australia, with the lack of competing tourists a huge attraction. They would fly direct to Melbourne or Sydney, jump into cars or buses, and travel for hours through a desolate landscape to a rundown rural town with limited services and no idea what to do. (Understandably, Sea Lake was caught off-guard by becoming a global tourism hotspot overnight.)

A big part of the town’s success in capitalising on this opportunity – and therefore reversing a long, slow drought-induced decline – was the community’s ability to work together to provide the services that tourists require. Locals have teamed up to build a new accommodation centre. The township was persuaded to spruce up the main street (a professional street artist was engaged to create giant murals around town). Houses have become Airbnb rentals. The old newsagency has been reborn as a restaurant. An art gallery specialising in works based on the reflective lake has opened.

In addition to safety and conservation signage being posted at the lake in Mandarin, local businesses have put up Mandarin signage so that tourists can get important information about what they can do and buy during their stay.

But it’s not just overseas tourists that are the secret to the town’s rebirth. Many visitors are university students from Melbourne – a significant group that can be overlooked when regions try to grow tourist numbers. In 2018 there were 693,750 full-fee paying international students in Australia; this represents a tremendous opportunity for local communities and businesses.

Now not every town or region is lucky enough to have an attraction that goes viral around the world; but it’s amazing what people from other cultures find fascinating – and love sharing with their billion-plus compatriots back home. The cranky old rooster that wanders back and forth across Sea Lake’s main road at will, forcing drivers to stop and wait, became famous after a video of him grumpily crossing the road went viral on social media. He’s now become a valuable attraction in his own right. Which goes to show that sometimes, it doesn’t take much to create a global phenomenon.

Becoming ‘China-friendly’ is easier than you think – and the potential returns for your business, town or region make it well worth the effort.

About the Author: Bill Lang

Bill Lang is a business educator, coach and adviser across a range of industries and countries. An MBA from Harvard Business School laid the foundation for a 30-year career devoted to helping business owners, leaders and team members build skills and implement strategies to achieve incredible results, including capitalising on the significant opportunities presented by Chinese customers at home and abroad.